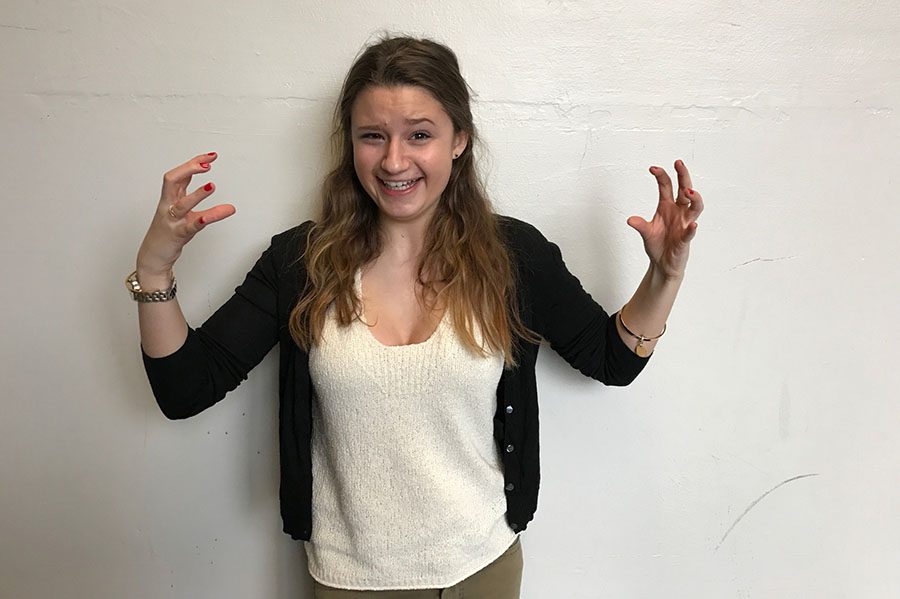 “I was having a really long day. I had six hours of leadership training and oh my gosh, it was really hard but the entire time I had my spork. I was prepared, I was on it. I was really proud of myself. Then, I go straight to theater. They say, ‘Sadie, it’s a spork free zone.’ I had to make costumes so I couldn’t hold my spork. I’m costuming people, I’m stressed, I’m moving stuff, I almost got injured many times, hey, it happens. People are in my face, I get annoyed. Don’t get me wrong, theater is great. I love it. Anyways, after that long day, as I’m walking out of the school Theo sporks me out of nowhere. My spork was right in my purse, it was so close. Then Theo said, ‘Sadie I feel bad, hug me.’ I didn’t hug him, I yelled at him. I said, “what the heck Theo.” The whole parking lot heard my pain. Maggie was there and her mom was helping her because of her ACL accident, but I’m yelling at her saying, ‘Maggie, make the tweet mean. Shame Theo. He got me at my most vulnerable.’ Then Maggie, my so called ‘friend’ tweets, ‘Sadie has an unsurprising lapse of judgement and is sporked by Theo.’ But, the good news is that people thought I would be the first person out, and I wasn’t. Also, Britta thinks she sporked me, but we had a bathroom truce so it didn’t count. Our truce was that after we pee, we can put our sporks in our pockets while we wash our hands because that’s more sanitary. There was a time when she dropped her spork and I could’ve sporked her but I didn’t because she’s really competitive and that would’ve been scary. The point is Britta didn’t actually spork me.”