“Instead of playing with the buttons—the right buttons—he’d just press random buttons, and if he found the special move he’d just try to remember it and then try to keep using it,” Charlie said. “He barely remembered any. And then he’s like ‘How do you do this?’ and I’m like ‘I’m not telling you!’”

While Charlie reminisces on Street Fighter 4 with his father, he’s aware that he might not be able to play with him again, or at least at home in Ann Arbor. Last Wednesday, Jose Luis Sanchez-Ronquillo was detained during a deportation deferral in Detroit, at the U.S. Immigration court. Today, he’s being held at St. Clair County Jail in Port Huron. Tomorrow, he might be on the first flight back to Mexico.

Sanchez-Ronquillo has lived in Ann Arbor for 18 years. He’s the main source of income for his family of four, and he worked at a local restaurant almost his entire time here. The family car is registered in his name, and he’s dutifully paid his taxes while sending his kids to Ann Arbor public schools. He played soccer with his sons and took them to Kalahari and Cedar Point, and was a member of St. Mary’s Parish. Charlie was meant to have his First Communion there last Sunday, but the event was cancelled due to the sudden absence of his father.

With their father’s future so unknown after nearly 18 years of the fatherly routine, it’s been chillingly quiet at home, according to Charlie and his brother, Jose, a freshman at Pioneer High School. They haven’t left the house—except for school—in fear of missing a phone call from their father. Additionally, with the car’s license plates and registration under Ronquillo’s name, a run-in with a police officer on the road could make their father’s situation even more precarious. When the two boys get home from school, where they have trouble concentrating on work under their new circumstances, they play soccer. Charlie plays forward and defense since he has “enough stamina to run back and forth.” His mother works tirelessly to bring Jose home.

This includes trying to find an immigration lawyer. In 2014, the Sanchez-Ronquillo family found themselves in a similar situation. It was yet another immigration check-in gone wrong, and Sanchez-Ronquillo was detained. In 2014, the Ann Arbor community rallied in support of the family. There were calls and letters written to the U.S. Immigration and Customs Enforcement agency, and they granted him his one-year stay of removal. This time, when they heard the news, WICIR, the Washtenaw Interfaith Council for Immigrant Rights, was the first organization they called. WICIR found that while the community participation in 2014 helped keep the Sanchez-Ronquillo family together, it’s close call has kept lawyers at bay. The only communication they have with Sanchez-Ronquillo are the daily phone calls, and they worry he hasn’t been read his Miranda Rights and given due process. Sanchez-Ronquillo doesn’t speak English well, and they’re skeptical of St. Clair County Jail’s willingness or ability to have what he needs to know translated into English.

While they’re still looking for immigration lawyers, family friends called on the help of Michigan politicians like Ann Arbor Mayor Christopher Taylor, who requested a draft of a letter to send to immigration officials, Congresswoman Debbie Dingell, Senator Stabenow and Senator Peters. Still, help from the Ann Arbor community is necessary to keep the pressure on Michigan politicians to keep Sanchez-Ronquillo at home. The Sanchez-Ronquillo family needs their father at home. Without him, it’s only a matter of time before they’ll be dependent on community charity.

“We just want to do everything we can so he can get out of jail and be home,” said Jose, his oldest son. Hopefully, Jose Luis Sanchez-Romano will be released from St. Clair County Jail and get back to learning special moves on Street Fighter 4 with Charlie, playing soccer with Jose, taking trips to Kalahari and Cedar Point, and being the Ann Arbor father he’s been to his children for 14 years.

UPDATE: While Sanchez-Ronquillo was given an immigration lawyer, he is still being detained. As of this morning, Sanchez-Ronquillo has been moved to the LaSalle Detention Facility in Jena, Louisiana. If you’d like to help, you can call the numbers using the suggested script below, curtesy of the Washtenaw Interfaith Coalition for Immigrant Rights and Jessica Prozinski.

Rebecca Adducci: Deciding Detroit ICE Field Director
313-568-6036 to ask that she use her prosecutorial discretion.
Or email: rebecca.j.adducci@dhs.gov
Subject: STOP The Deportation of Jose Luis Sanchez-Ronquillo A094-250-100

SUGGESTED SCRIPT: Hello, my name is <name> and I live in Washtenaw County, Michigan. I am calling on behalf of Jose Luis Sanchez-Ronquillo who is a low-priority case and has contributed to his family and community for the past 18 years. He should be granted a Stay of Removal. There is no reason to remove him. I am asking <Name you are calling> to help Jose Luis remain in the US.

You can donate to the family’s You Caring here, and there is rally in support today at Bach Elementary. There will be sign making at 4:00 pm, and speeches by Principal Elder and Mayor Taylor at 4:30 pm. 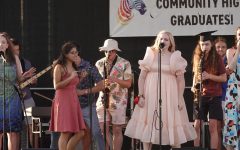 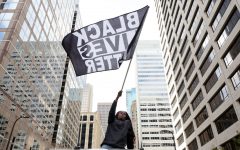 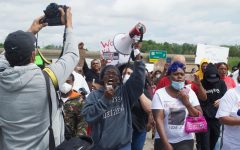 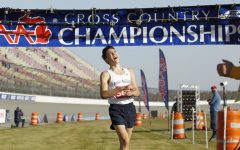 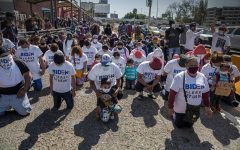 Unmuted: Meanwhile, at the Border…