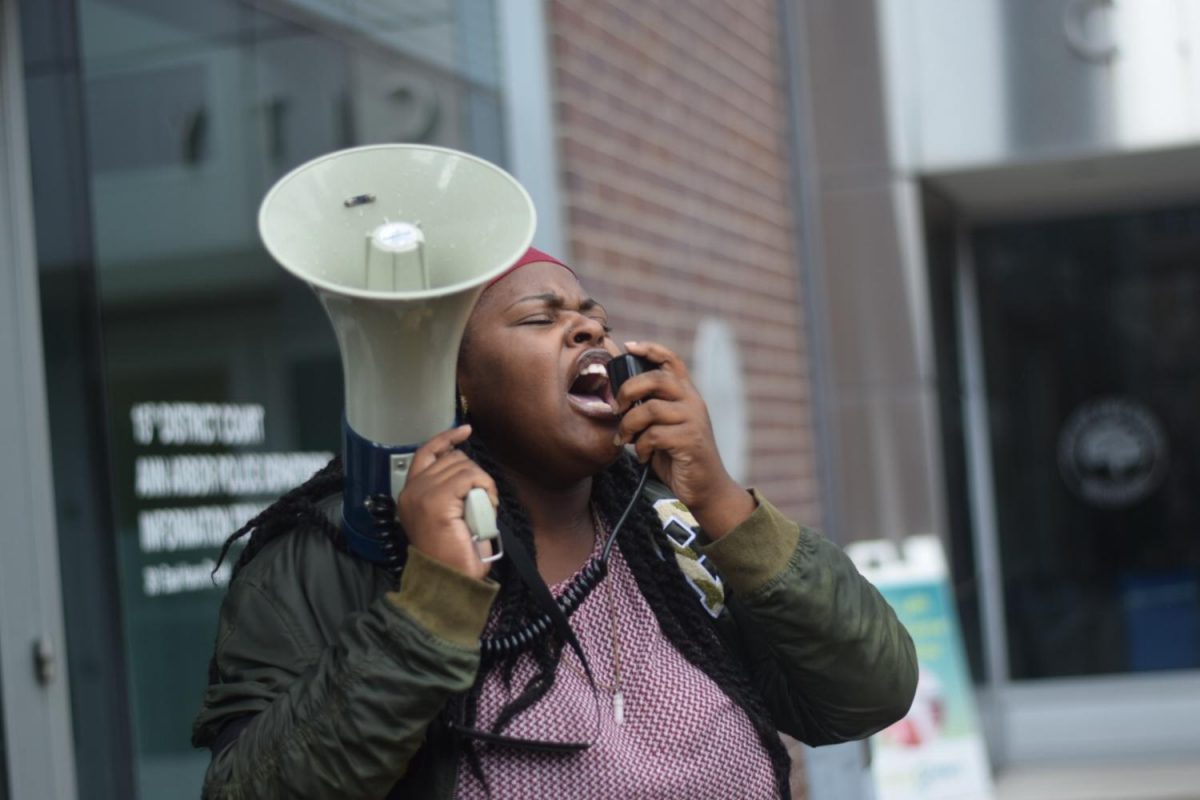 The downpour of rain on Oct. 4. did not drown out any frenzy of protest signs, drums, and flags crowded on the side of the Blake Transit Center, protesting the incidents involving Black Ann Arbor teens and police actions that occurred at its grounds on Sept. 26., as a part of “You Can’t Justify Injustice: Rally for Ciaeem Slaton,” organized by Collective Against White Supremacy and the Neutral Zone.

Posters held by students and adults of Ann Arbor community like “Stop Criminalizing Black Youth” and “The Ann Arbor Police Department Is Racist” regarded the event involving the teens, specifically 16 year old Ciaeem Slaton, who was violently restrained by Ann Arbor Police for not showing ID and walking away, shown in a video on the Facebook page of Collective Against White Supremacy, known as CAWS.

The video shows Officer Marrow of the Ann Arbor Police Department (AAPD) pinning Slaton to the ground and pulling out a taser inside the Blake Transit Center building as friends of Slaton repeatedly yelled “Don’t move!” Slaton, along with other teens on the Blake Transit Center property, were later charged with trespassing and are currently not allowed to use Ann Arbor Area Transportation Authority (AATA) or any of its bus services. This means no transportation to school, extracurricular activities, and places like the Neutral Zone for these teens.

The video gained attention from organizations like the Neutral Zone, which Slaton and other teens that were arrested were a part of, and had 14,000 views on CAWS’ Facebook page by the day of the protest. This sparked community organizer Daquann Harrison, CAWS, and the Neutral Zone to partner together to organize a rally, focused on youth of color and advocating for safe protest.

“Especially for people of color, we are sometimes pushed aside, and this was for our voices to be heard,” rally leader Daquann Harrison said. “It’s important that we first not be impulsive; secondly, be proactive and think things through; third, be radical, so our voices can be heard and conversation can be started.”

A day before the rally, Harrison led a workshop that had a sit-down conversation and slideshow about community organizing and social justice, followed by poster-making for the protest following. These signs were distributed at the beginning of the protest and followed the route of the protesters, traveling from Blake Transit Center to the City Hall of Ann Arbor, where statements from the Tria Moor, the mother of Slaton, Amber Hughston of CAWS, and the various youth of color were read.

“I have made it basically my life duty to get justice for people of color, for Black men, for Black women, for all of us,” said student Saima Harrison, who spoke at the rally. “It’s a new generation and we need to rise, take a stand and do something.”

Moor, along with CAW’s demands were that AATA drop all charges from the incident, give a public apology, and give compensation for injury to Ciaeem and his family. 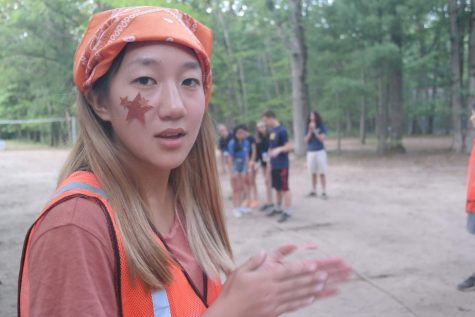 Gina Liu, Website Editor-in-chief
Gina Liu is a senior and is currently serving as a co-Website Editor-in-chief for the second year. She hopes that her experiences junior year will help guide her not only in web design/management but in life. She still loves mockumentaries, playing cello and playing varsity tennis over at Pioneer in the springtime. Additionally, she has problems remembering to drink water, and problems remembering things in general. She also placed second in The Communicator's first "Sliced" challenge. 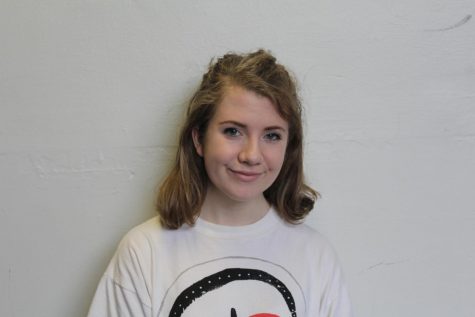 Grace Jensen, Editor-in-Chief
Grace has an odd love for palm trees which makes it especially unfortunate that she lives in Michigan. She did not know how to spell her middle name (Margaret) for the majority of her lifetime. She spends way too much time at Community High School for Communicator, Mock Trial, and Forum Council. She thinks she is better than people who don’t like spicy food, and people who think they are better than other people. 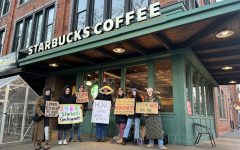 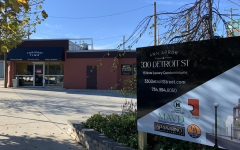 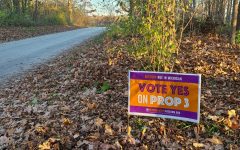 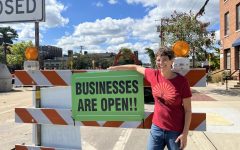 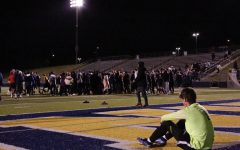 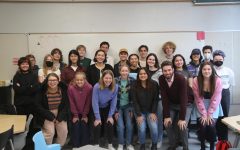 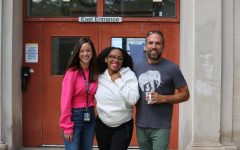 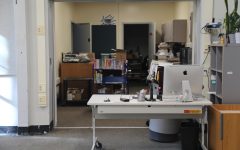 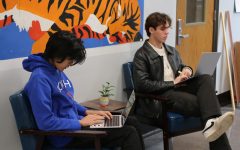