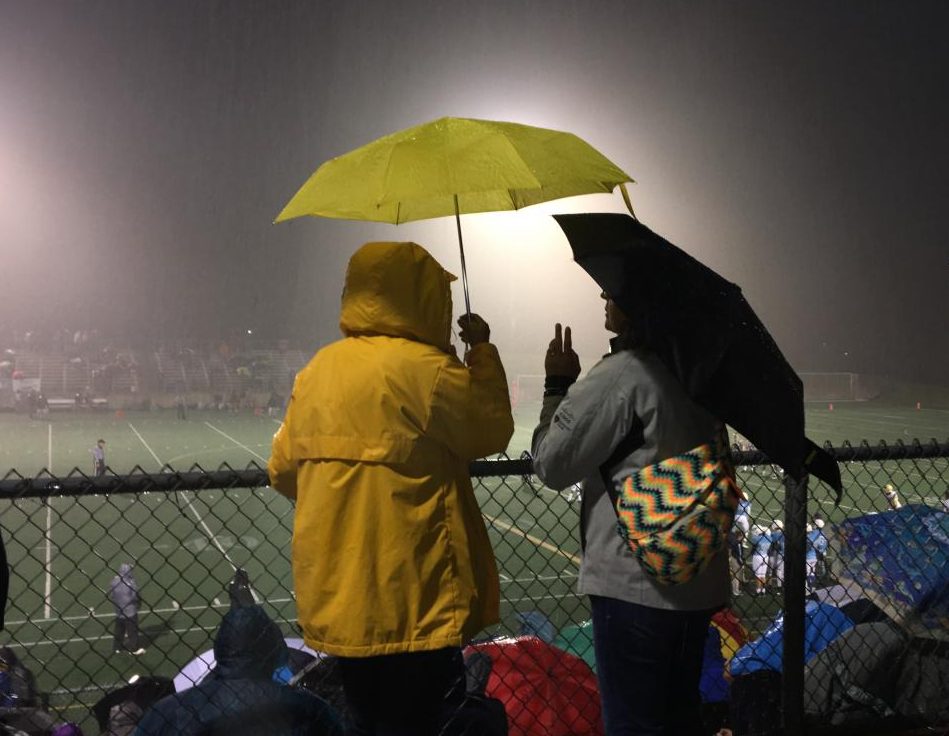 Fans of all ages weathered the rain, the student section was nearly full as well as the parent section. (Cammi Tirico)

Fans of all ages weathered the rain, the student section was nearly full as well as the parent section. 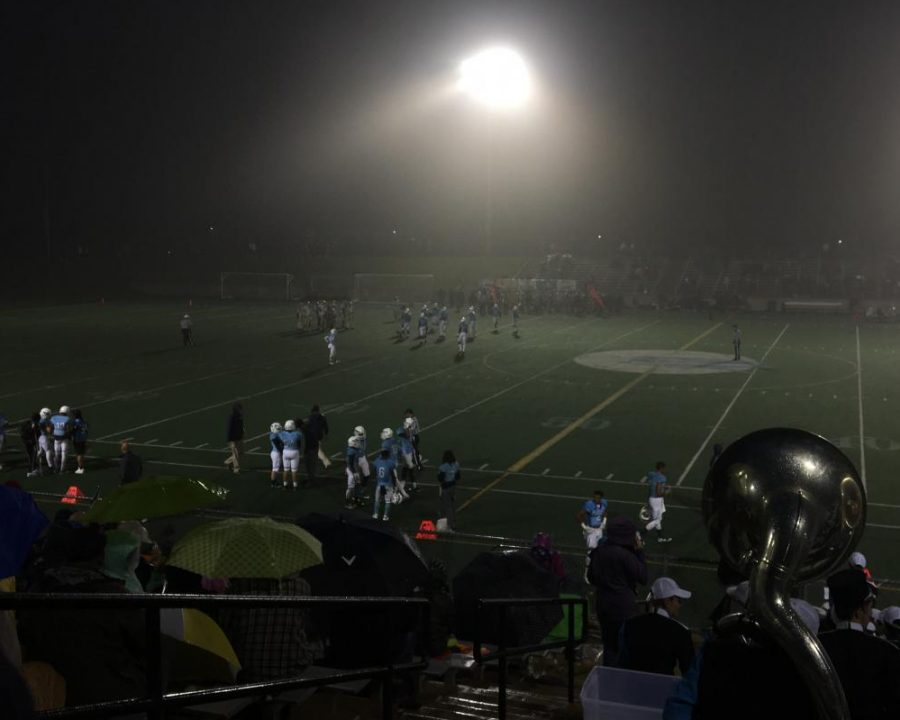 Gallery|2 Photos
Cammi Tirico
Rain fell throughout the football game, by halftime there were nearly puddles on the field.

The rainy, humid, and hot Friday was accompanied by a blow out at Skyline High School. On Oct. 6, the Skyline Eagles welcomed their cross-town rivals, the Huron River Rats, to the “Eagle Nest”.

Going into this game, Skyline was 1-5 and Huron had yet to win a game. Friday was also Skyline’s senior night.

From the beginning of the game, Skyline dominated on both ends of the field. The Skyline offensive line was stopping the Huron pass rush in their tracks. This allowed junior running back, Miles Miller, to run for over 100 yards.

Darryn Davis, senior quarterback, played his best game this season. Throwing for four touchdowns, numerous long throws down the field and well over 200 yards. With thanks to the offensive line, Davis was not sacked once.

At halftime, the score was 28-0 Skyline.

Huron could not generate any offense. Skyline forced two turnovers and only allowed six first downs in the first half. Even without Skyline’s middle linebacker Davion Pipkins, who was out with an injury, Cameron Donell, Huron’s quarterback was under pressure all night.

This win brings Skyline’s season record to 2-5 and Huron’s to 0-7. Saline is in shape to take home the district title with a 6-1 record after beating Pioneer 49-7 on October 6.  Huron will finish the season with Chelsea at Chelsea and Flat Rock, home. Skyline’s last games are Pinckney at home and Dearborn, away.

Neither team will make it to districts but both have their respective Homecoming games on Oct. 13 for Skyline and Huron’s on Oct. 20. 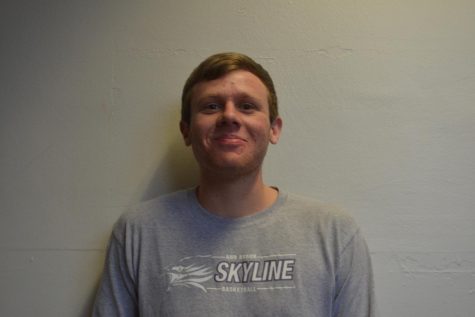 Spencer Morgan, Journalist
Spencer is a Junior at Community High School. This year is his first year on the Communicator. He is very into sports and is a diehard fan for any professional sports team that plays in Detroit. Basketball is his favorite sport and he plays it at Skyline High School. Spencer has binge-watched "The Office" twice and still watches it every day because he can't get into any other TV show. He is very into 90s rap, action movies, and his favorite restaurant is Knights. Spencer wants to be a detective when he grows up because he has always wanted to kick in a door. 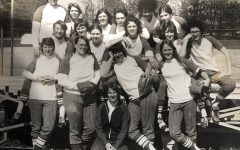 Title IX: History of Fighting and Hopes for the Future – Part 2: Lorin Cartwright 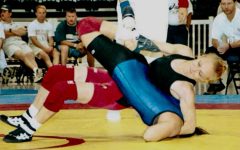 Title IX: History of Fighting and Hopes for the Future – Part 1: Tricia Saunders 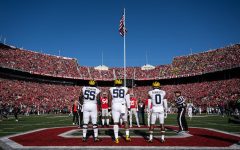 Should Jim Harbaugh have suspended Mazi Smith after his arrest? 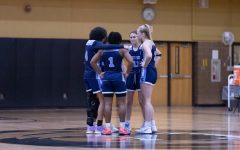