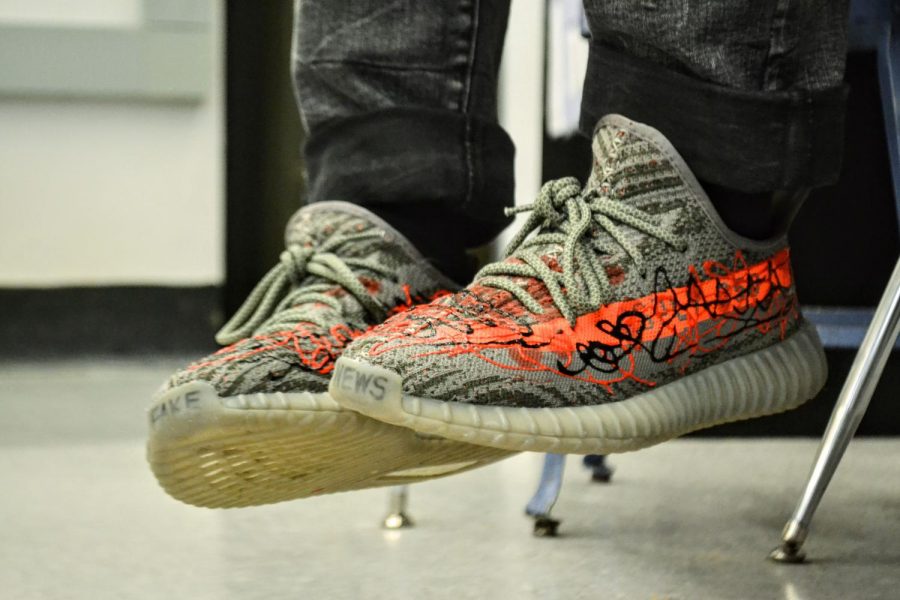 The Truth Behind ‘Fake’ Shoes

In sneaker culture, ‘fake’ or ‘knockoff’ models of popular (and generally more expensive) sneakers are valued far less than their counterpart, even if they look the exact same. Aris Chalin, a junior at Community High School, believes that this set of values inherently favors those who have more money than not.

“I like how there is a sneaker culture, but I don’t like how it is financially exclusive because it seems like the people who get the most respect in sneaker culture are the ones with the most expensive shoes,” Chalin said.

Chalin’s shoes look just like the Yeezy Boost 350 V2— a shoe that is valued at thousands of dollars on resale sites like Ebay. But his shoes are fake; that is, they are not produced by Kanye West and Adidas’ ‘Yeezy’ line.

Not only that, but his shoes look like a Jackson Pollock painting: splattered with orange and black paint. They even have ‘FAKE NEWS’ written on the toe tabs, a statement that connects President Donald Trump’s view on the media and the validity of his shoes. This is because, just like Pollock, he views his shoes as a canvas open to creative expression.

“At least in popular culture, ‘tainting’ Yeezys is a no-no,” Chalin said. “These are sacred because they are usually so expensive, but I wanted to be creative and do my own thing.”