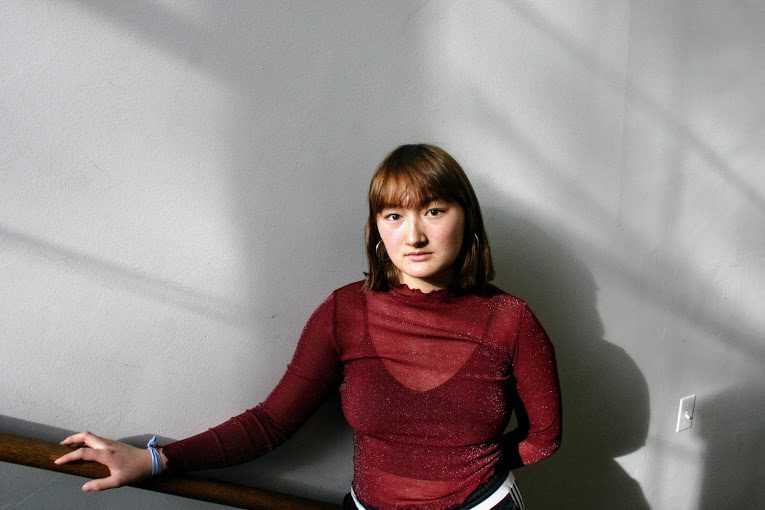 If it weren’t for the shoes, this entire outfit would be under 15 dollars. The Adidas pants were six.

For Mira Simonton-Chao, getting dressed in the morning doesn’t take a lot of thought. She chooses her outfits by asking herself one question. She posed it like this: “What would I wear if I was in a super angsty cool music video,” Simonton-Chao said, “where everyone is just lying around?”

The music video on her mind is Love$ick by Mura Masa, a vaguely bleak but persistent video set in urban England. It’s mostly in tones of gray and green, but red is pervasive: sometimes just the flaming embers of a joint burning against the darkness on a patio, or a shot of two bodies tinted all over red. A boy in a red shirt is seen smoking while two couples embrace on either side of him. He is in shadow, but the couples are lit by two lamps–with red lamp shades–on either side of the frame.

In terms of fashion, the clothes featured are “something you think you can find at the thrift store but the fact is you can’t,” Simonton-Chao explained. “That’s what they look like.” Think subtle Nike Logos, red or white t-shirts, and beat up trainers, as well as big black puffer coats. “[It’s like] when people wear stuff that looks like they just pulled it out of the trash,” she explained. “But you know it cost like $500.”