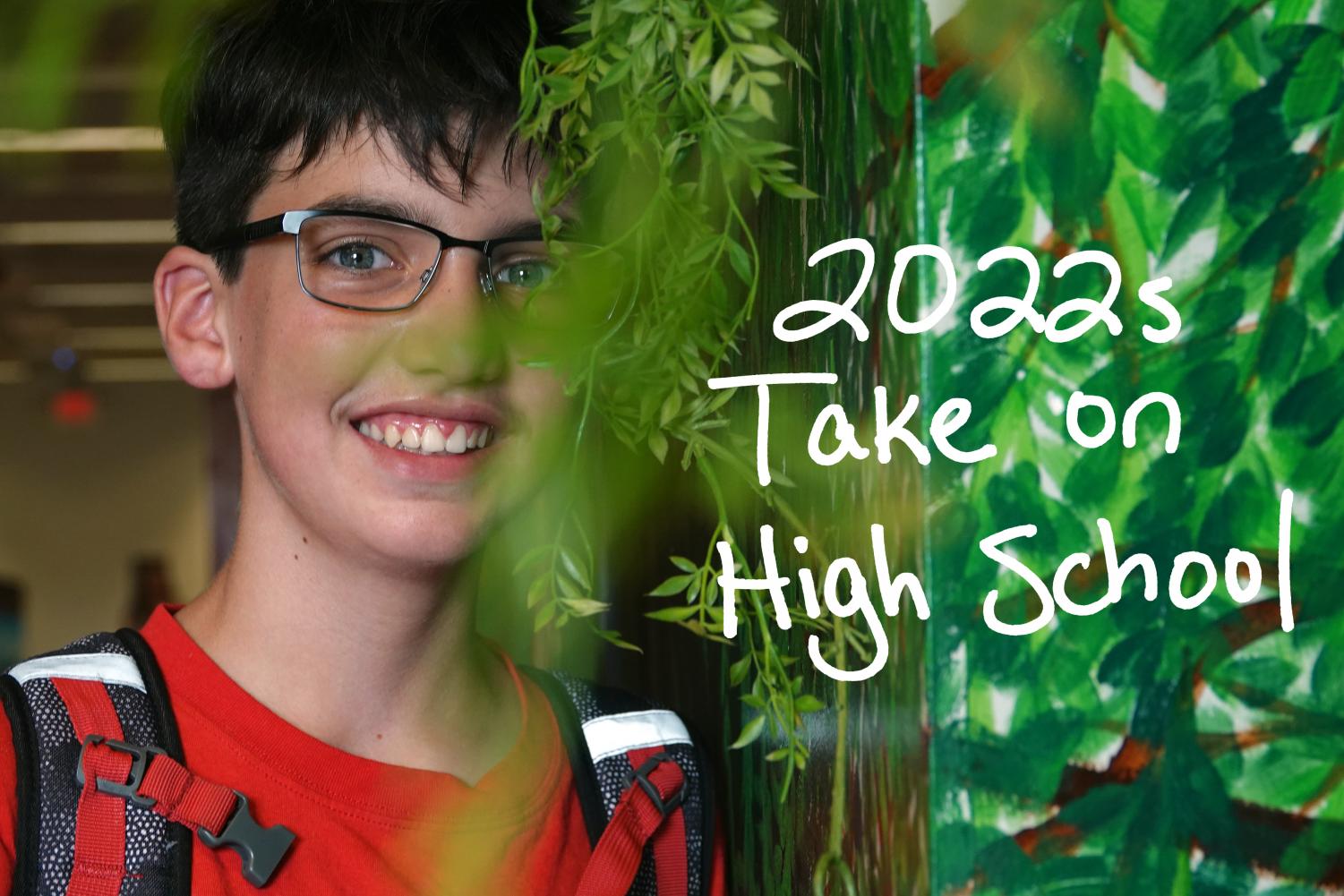 On September 4th, passersby walking along North Division Street weaved their way through a mass of Community High School (CHS) students. While most were reuniting with old friends and resting on the familiar concrete of the ledge outside of St. Andrew’s, some were new to this scene.They are this year’s freshmen: the class of 2022.

They stood outside the church, nervous and unsure of what high school would entail.

“I thought it would be stressful just going to high school in general,” said Logan Seiler, a ninth grader. “but I’ve actually been really accepted here.”

Many of Seiler’s peers agree that CHS is the right place for them. Kaes Holkeboer, for example, said that thus far high school has exceeded his expectations.

“I was a little nervous, but I feel pretty good about [high school] now,” said Holkeboer.

He felt that going to CHS was easier than he’d thought and that the more casual environment of Community was unlike anything he’d had at other schools. “I want to just be myself and not be constrained as much. I don’t want to follow a routine all the time. It gets boring. I like to be able to do things differently . . . [Community] just really seems like a good fit.”

Even Sophia Muraski, a freshman who wasn’t sure about Community at first, has come around.

“All of the teachers just have a good, vibrant energy and they’re eager to help and eager to be a good teacher and make the student have a good experience,” said Muraski. “If [teachers] don’t have that sort of energy, then it’s just not a good class for [the students,] because you just sit through it. If your teacher’s not [having] one-on-one time with you or not including you in the conversation, then you don’t want to be there. The teachers [here] have a good energy that brings you in and makes you want to be a part of the class.”

Some of the freshmen reported that their high school experiences, however limited, have already proven to be occasionally overwhelming. Forum is one thing that most of them seem to have found relieving.

“[My forum leader, Ed] is just really open and honest,” said Holkeboer. “He’s just being himself. [That makes] forum seem cool. I’ve never been able to experience anything like this at my other schools. It’s just kind of less formal.”

“[Forum] is like a small family group . . . ” said Seiler. “It’s a very accepting environment. I feel like I’m already getting to know some of the kids in my forum . . . [Being in forum] I don’t feel intimidated by anything. I have someone to talk to if I really need that.”

Overall, most of this year’s freshmen seem to have enjoyed their first day at Community.

“[Community] is honestly better [than I expected,]” said Muraski. “I thought Community was just going to be another high school that I went to and I was just not going to want to be there because it’s school, but when I got here, I was like, ‘Wow, I actually want to go to class . . .’ Everyone else wants to be here, so it makes you want to be here too.”